Debt and money worries are causing stress and anxiety 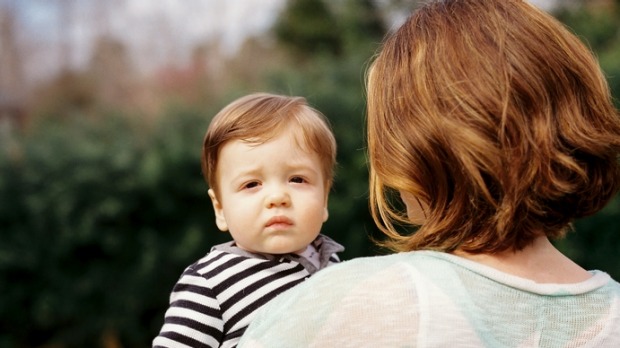 Think of a deadbeat dad, and you probably imagine an unshaven bro permanently dressed in over-sized basketball gear, even though he's over 30, whose main achievement in life is having graduated through several versions of Grand Theft Auto.

That's the stereotype, but there is a middle-class equivalent. He's the "good guy" with the good income and lives in the nice area. He has kids — even lives with them — but outright refuses to spend "his" money to support them.

A friend who's been a nanny for almost twenty years has seen her share of middle class deadbeat dads. She's had numerous hushed conversations with embarrassed "wealthy" women who have no money because their husbands – who they are still married to – won't contribute financially to the children. "Is this normal?" these women whisper to their babysitter, too ashamed to raise the issues with their friends.

Perhaps the worst case is a woman who has to borrow money from her parents to pay for childcare because her surgeon husband refuses to cough up a cent. He won't pay for the kids' clothes, toiletries or toys either.

On the fridge sits a list detailing the personal items that he's prepared to reimburse his wife for, such has his razors and shaving cream. Everything else for her and their kids has to be paid for with her money. Or her parents'.

In the eyes of this middle-class deadbeat dad, the children are the mother's responsibility.

It's an extreme case, but in my own conversations with other mothers, the sentiment is not uncommon. Women talk about spending their "husband's money" as if the family's income belongs to the man and they and the kids are an externality. It's also not uncommon for women to pay for all of the childcare fees out of their own income, even though they often earn less than their partners.

A stay-at-home mother friend recently spent a week arguing with her husband to give her a little bit of extra money so she could occasionally buy something for herself. Like a lipstick.

And other friends felt the loss when the Medicare rebate payments became electronic. That small cash payment was one of the few sources of money they had access to that wasn't vetted by their husbands.

Similarly, I've heard men "joke" about how their wives stay home all day "spending my money". One father recently told my friend, "The kids are at school now, so you don't have an excuse not to work anymore," as if staying home to raise their two kids was a long con she was running to suck his bank account dry.

Even returning to work doesn't necessarily solve mothers' worries about money. A new Galaxy survey of 1,000 Australians conducted on behalf of debt solutions provider Fox Symes found more than half (53 per cent) of mothers admitted to anxiety, stress or tears as a result of money pressures.

Money worries can affect women's physical and mental wellbeing. Forty-six per cent said that money pressures keep them up at night and a staggering one in four mothers reported suffering from panic attacks as a result of money worries. Mothers were also more likely to worry about losing their homes.

Partnered mothers were just as stressed about money as single mothers, with mothers in relationships reporting the additional worry of arguing with their partners about money and fears of splitting up.

Manuela Andrysik, Principal Coach and Trainer at Financially Fit and Fabulous says that mothers' anxiety about their financial security is exacerbated by our cultural assumptions about women and money.

"Over generations women have been conditioned to believe that they aren't good with money. Many women still hold attitudes that get in the way of them taking control of their finances – from thinking it doesn't matter, to finding it stressful, uncomfortable or boring," Andrysik says.

"Although when women do manage their finances they tend to be better at it than men."

Much of women's worry about money is not unfounded. Aside from the possibility of being married to a middle-class deadbeat dad who uses money as a way to control the mother of his children, women earn less than men due to the gender pay gap and childbearing career breaks. Around 90 per cent of women will retire with inadequate savings to fund a comfortable lifestyle in retirement, and older women are becoming homeless at alarming rates.

Andrysik says that we need to move beyond the cultural taboo of not talking about money and our personal finances. "We are more likely to talk to about our sex lives than our finances," says Andrysik.

That conversation needs to include how the family budget works and updating the traditional gender roles that see the main income as "his money" to be used at "his discretion" and "her money" that's assumed to pay for everything else.