Many Australians are lying about their financial situation to those close to them, alarming new stat

A MAJORITY of Australians are money-cheating on their partners or lying to family and friends about their financial situation, new figures show. 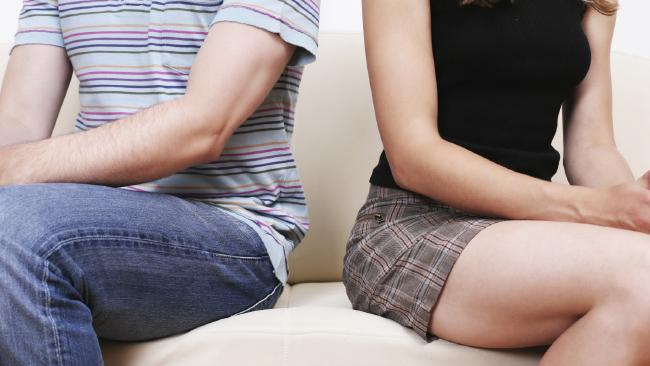 Alarmingly new statistics compiled from Galaxy research has revealed 52 per cent of the population either lie about their debts or hide their spending from those close to them.

Women are far more likely to feel ashamed about making a large purchase. Thirty-nine per cent report getting the guilts, compared to just 26 per cent of men.

Debt consolidation agency Fox Symes’s director Deborah Sutton said it was a serious concern that so many people were being untruthful about their financial situation.

“It’s not uncommon for people to come to us and say they are in debt but their partner has never found out about it,’’ she said.

“Finance is a big issue in a relationship and it’s one of the primary reasons why people fight because one person possibly has different spending habits so it’s important to tell your partner.”

One example Ms Sutton gave of sexually-transmitted debt was a man who was soon to be married who owed more than $60,000 but he had failed to tell his future wife.

The research, which quizzed more than 1000 Australians, also found one in six admit to making a large purchase without consulting their partner first.

Consumer finance expert Lisa Montgomery said honesty is the best policy when it comes to be transparent to those close to you — especially your partner.

“I think it’s natural for many of us in relationships not to talk to anybody about our financial situation,’’ she said.

“We don’t our tell our best girlfriends, or partners, it’s one of our closely guarded secrets to what we owe on our credit cards and it’s often a force of embarrassment for some people — it’s so very personal.